How can we help?

We'd love to learn about your business needs and goals.Please fill out the form or give us a call on 08 9384 0637. We're looking forward to hearing from you!

Hashtags are an excellent tool to improve searchability and visibility, as well as allowing businesses to monitor the social environment (e.g. track an event). Hashtags group posts together, by allowing users to click or search for posts that use a hashtag.

How to use Hashtags

Instagram is a hashtag friendly platforms that allow businesses to include up to 30 hashtags per post. Users have the ability to follow hashtags. We recommend adding three key and popular hashtags that sum up your post directly under the caption. You should add another 27 hashtags in your comments immediately after the post is published (within 30 seconds is the recommended time). If you’re including all 30 hashtags within the caption of your post, in order to not make your post look spammy, you can hide them somewhat by adding three full stops, and then list the hashtags.

Twitter was the first platform to introduce hashtags. Hashtags are used to tie conversations together. Hashtags are great if you want to join a conversation on Twitter. Twitter recommends using no more than two hashtags per tweet.

Hashtags never really took off on Facebook, however there are suggestions that Facebook is looking into introducing features to encourage hashtag use. Using the search tool, users are able to find content that uses a specific hashtag on Facebook. The general consensus is that only a few hashtags should be used (maximum of three). The most effective amount of hashtags for Facebook is likely to change if the platform encourages hashtag use.

How to use Hashtags on LinkedIn

Youtube also allows creators to add hashtags to their videos. Youtube allows for up to three hashtags above the video title and 15 hashtags in the video. The platform will not display more than 15 hashtags. You can use a hashtag to group a series of videos together (i.e. #bloommarketingtips). We recommend using three to four hashtags per video.

Adding hashtags to Google My Business is pointless as the site doesn’t support hashtags.

We hope that this marketing tip has been helpful! Follow us for more marketing tips or get in touch if you more information about our one-on-one coaching sessions. 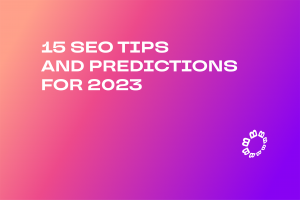 After the massive changes to SEO from the past couple of years, it’s time to [...] 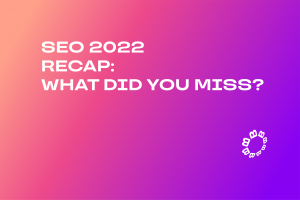 It was a bustling year in the world of SEO. With emerging AI tools and [...]

We use cookies on our website to give you the most relevant experience by remembering your preferences and repeat visits. By clicking “Accept”, you consent to the use of ALL the cookies.
Cookie settingsACCEPT
Manage consent

This website uses cookies to improve your experience while you navigate through the website. Out of these, the cookies that are categorized as necessary are stored on your browser as they are essential for the working of basic functionalities of the website. We also use third-party cookies that help us analyze and understand how you use this website. These cookies will be stored in your browser only with your consent. You also have the option to opt-out of these cookies. But opting out of some of these cookies may affect your browsing experience.
Necessary Always Enabled
Necessary cookies are absolutely essential for the website to function properly. These cookies ensure basic functionalities and security features of the website, anonymously.
Functional
Functional cookies help to perform certain functionalities like sharing the content of the website on social media platforms, collect feedbacks, and other third-party features.
Performance
Performance cookies are used to understand and analyze the key performance indexes of the website which helps in delivering a better user experience for the visitors.
Analytics
Analytical cookies are used to understand how visitors interact with the website. These cookies help provide information on metrics the number of visitors, bounce rate, traffic source, etc.
Advertisement
Advertisement cookies are used to provide visitors with relevant ads and marketing campaigns. These cookies track visitors across websites and collect information to provide customized ads.
Others
Other uncategorized cookies are those that are being analyzed and have not been classified into a category as yet.
SAVE & ACCEPT